“I’ve signed another contract,” says Colleen Marshall, sounding a bit amazed herself. “They’re keeping me on the air for four more years. I’ll be 65; that’s pretty unusual in this business.”

For 34 years, we’ve turned to Colleen to deliver the news. She has done that and more. 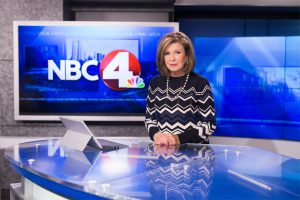 She’s resolutely covered the harrowing and the heartwarming with sincerity and solemnity, poise and playfulness. Nearly every night since the early 1990s, she’s helped us understand the world in which we live — the good and the bad, the subjects that weigh on us as we try to sleep and the things that are, well, just plain fun.

But the co-anchor of NBC4’s weekday news program, which she helms alongside Mike Jackson, is also a practicing lawyer, an advocate for Alzheimer’s awareness and research, and a proud mom of two.

And she’s not planning on slowing down any time soon.

You’ve been with NBC4 since 1984, first as an assignment reporter, then as anchor of the weekend news and now, of course, as co-anchor of the station’s weekday news program. That’s a long time at one station.

In fact, October 6 is my 34th anniversary! It’s a remarkably long time.

It’s not typical in this business. Was that the goal? Did you envision being here this long? 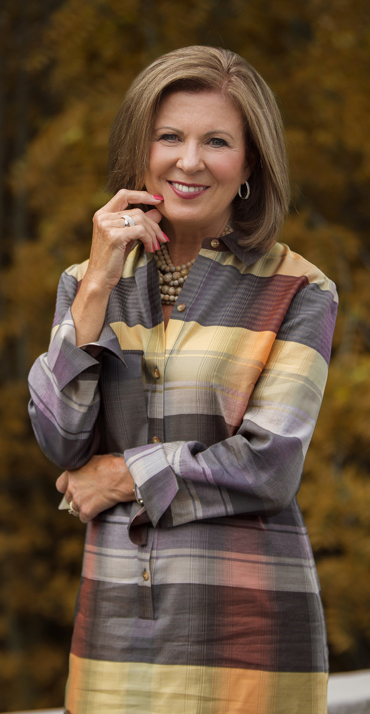 I actually followed my husband, Gary, to Columbus. He was working as a news photographer, and he got the job at the station first. A few months later, I followed. Our plan at the time was to stay for two years and then look out west to a bigger market, but we fell in love with Columbus. And then in 1986, I got pregnant with my son, Garrett. When he was nine months old, I got pregnant again. So we had kids back-to-back, and at the same time my career opportunities kept expanding.

NBC made me the weekend anchor, which was great. And a few years after that, in ’87, I was offered the opportunity to co-anchor with Doug Adair. At this point our kids were ready for school, and we had already decided it would be a wonderful community to put our roots down. We decided that if we could raise our kids in the same neighborhood and have the same kind of stability we had as kids — and our careers could still expand — it was a golden opportunity. And we’re still in that house! Garrett’s an attorney now; Shannon just got her MBA, but we haven’t downsized. Our best friends are still right across the street.

So, what’s been the highlight?

There are the stories that are most enjoyable, and then the stories that are the most impactful. I went to New York City after 9/11. I think that was a pivotal moment in my career because it not only changed the nation, but it changed my perspective on how vulnerable this country can be. Probably more than any other single thing in my years covering news, through these many decades, the rise of terrorism and the ways these individual attacks — on schools, on movie theaters, certainly on 9/11 — changed the way we view ourselves as a nation.

I remember watching you on air in my classroom in the aftermath of the attacks. What is it like reporting a story like that on air? 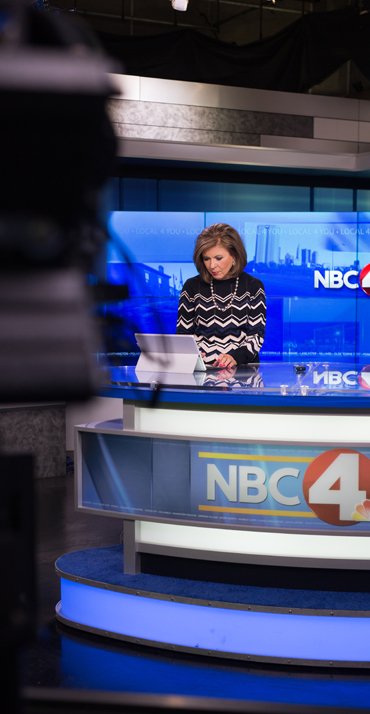 It was physically and mentally exhausting. We were on the go from very early in the morning to very late at night. You know, there wasn’t any public transport running — no subways, no taxis. And we were essentially walking for miles every day with our gear.

It was one of the few times I cried on the air. After the towers fell, there was still hope from a lot of people that their family members had somehow made it out. We were walking through lower Manhattan, and people were carrying around pictures of their loved ones. Person after person would come up to us. (There’s an NBC4 in metropolitan New York City, too, and many people mistook Colleen and her crew for the local news.) They’d hold up these pictures and say, “Please, share a picture of my son, of my wife, of my daughter.” At first, I tried to explain we were Channel 4 out of Columbus, but finally we just started saying, “Of course we will.” We had to give these people hope. But I realized there really was no hope.

That night, I was on air trying to explain how difficult it was to see people wandering around with hope against hope that they’ll see their loved ones again. And I started crying. It makes me cry today, still.

It was a life-changing assignment; it was sobering, frightening. It showed the best of America and our worst vulnerability.

There was one moment when I didn’t know if I could get up (in the morning) and do it again. We were staying on the New Jersey side; there was one train running, taking us into the city to Greenwich Village. When we got in one morning, we heard all this yelling and screaming and applauding. There was one road open to allow fire trucks and dump trucks into the city, and there were hundreds of people along the roadside, clapping. Somebody directed me to a guy named James, who lived right along that highway. He said he had been looking out his window at them, on their way to do this horrible job. So, he went down to the street and starting clapping. And others started to join him. The American spirit survived those terrorist attacks. You can’t take that away.

Was that your most challenging story to report? 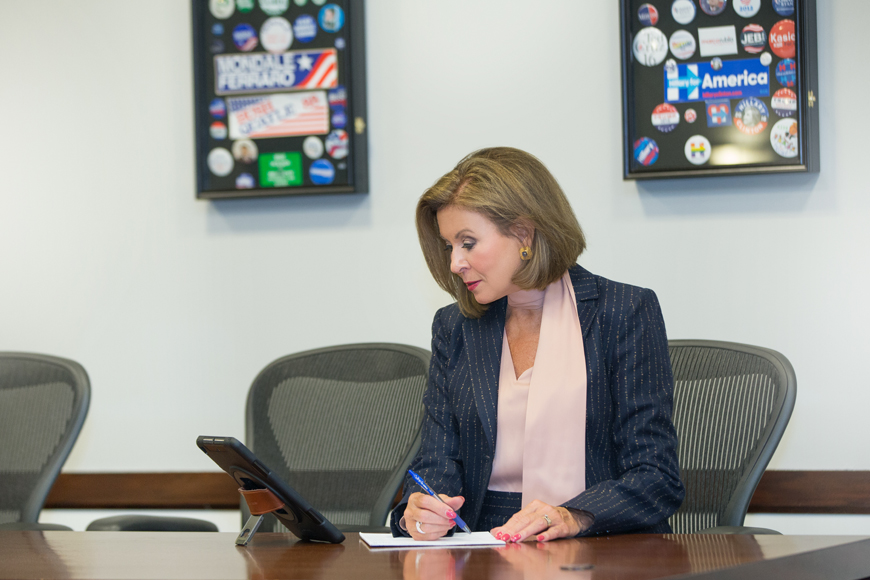 When my kids were two and three and we were still living in Victorian Village, we got a call on a Saturday to report on a family who were living in a garage, basically. They had five kids living in there with them. This is an awful story.

(Colleen goes on to tell the story of a tragic murder.)

That was a story that has haunted me my whole life. But you can’t completely disassociate yourself from your feelings because empathy is an important part of this job. We’re members of this community, too.

But there have also been great moments! I was with Jack Hanna during his first appearance on Letterman. They let me go backstage, and then we all watched it together that night in the hotel.

Speaking of getting involved in the community, why is Alzheimer’s a focus for you? 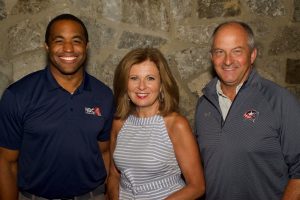 A number of years ago, my mother was diagnosed with Alzheimer’s, and my family was struggling to find resources, to get information and to understand this disease. I ended up connecting with the Alzheimer’s Association here in Columbus, and they connected me with other families like our family. I realized we all had the same questions.
We created the “I Want To Go Home: A Journey Through Alzheimer’s” news program because that’s what my mom would say. We got a lot of really great feedback about it. We connected not only with the Alzheimer’s Association, but with memory-care centers and physicians, and I’m really proud of what we’ve done to raise awareness. (For the program, Colleen received the Associated Press Award in 2012 and an Emmy in 2013.)

So, you had this really successful career, and then you decided to go to law school. What precipitated that? 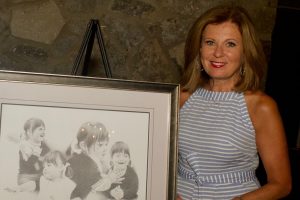 Well, I put myself through college. I always wanted an advanced degree, but I came out of school with debt, and then I got married at 22. It just wasn’t practical. I had to go to work. But it was always in the back of my mind. A woman I worked with at the station was going to law school part-time, and I was already covering so many trials. To be frank, I never thought I’d be on the air in my 60s. I wanted to have career choices even as I got older.

When my kids were in middle school, I just decided to go. I worked nights, so Capital’s daytime program worked. I clerked for Porter Wright Morris & Arthur and then worked for them part-time, and now I’m with Massucci Law Group. I’ve spent two-and-a-half years focused on domestic and family law. 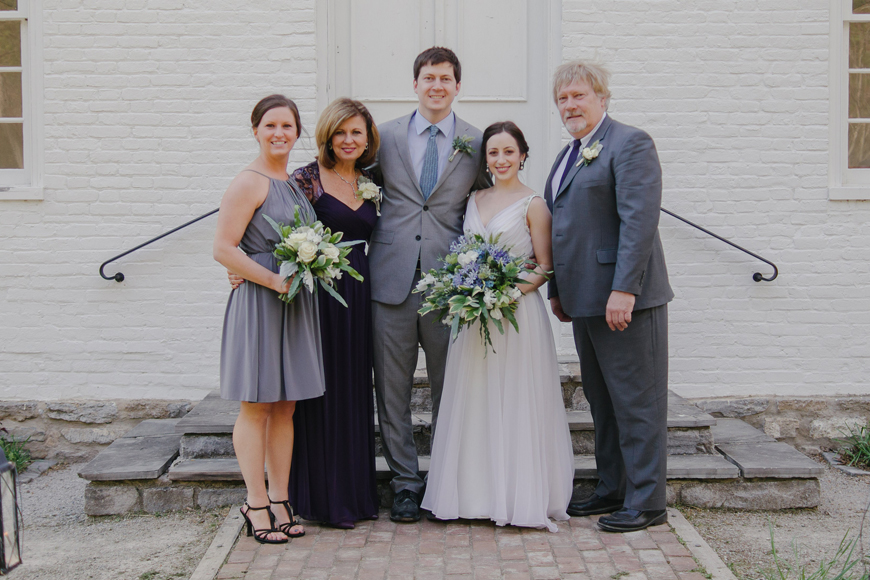 They’re equally stressful. They have their individual challenges. It’s hard switching between writing styles! I have to remember where I am when I’m writing. But my journalistic career has definitely helped in my law career.

When you’re representing a client, your job is to tell their story to a court, and I’m used to telling stories —recognizing what’s important, what will be persuasive. And the law has also complemented my career as a news anchor; it’s given me a perspective on how we approach stories.

And, of course, you’re a mom. What’s been your proudest mom moment?

Oh, my gosh. You know, I probably make people sick, I brag about my kids all the time.

You know, I’m going to make myself cry. We have been blessed with two very bright children, but I am most proud that they’re just good people. They’re kind. And I’m proud of the adults they’ve become. They’re both highly educated, and I’m obviously proud of these advanced degrees, but I’m most proud of the people they turned into. I love nothing more than sitting down and having a glass of wine with my kids.