Over the next few months, there will be many occasions for dining out. Why not push your traditional palate and by-pass your standard go-to dish? Columbus has a cornucopia of fabulous restaurants just waiting for you to explore.

We are showcasing an assortment of elegant entrées. Be adventurous the next time you are out and commit to stepping out of your foodie comfort zone.
Bon appétit!

This is the epitome of surf and turf! Bite into a 12 oz. cold water lobster tail, the most coveted part of the lobster, and savor its tender meat and rich texture. If that isn’t enough to satisfy your palate, this entrée is accompanied by an 8 oz. filet mignon, which is universally regarded as luxurious, decadent, and the leading cause of steak envy. 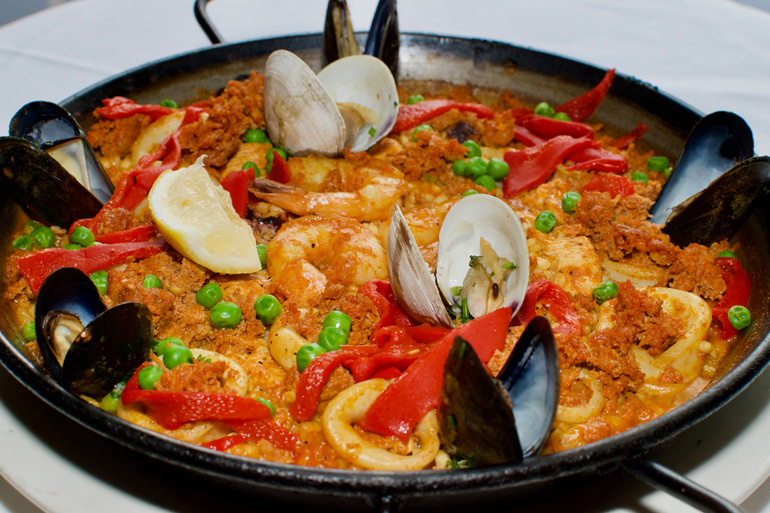 Paella was originally the farmer’s and farm laborer’s food. It was cooked over a wood fire, typically served for lunch, and named after the pan it was prepared in. Today, it is one of the most popular Spanish entrées. Enjoy this colorful and eclectic dish which consists of chicken, chorizo, shrimp, squid, clams, mussels, piquillo peppers, peas, sofrito, and calasparra rice. 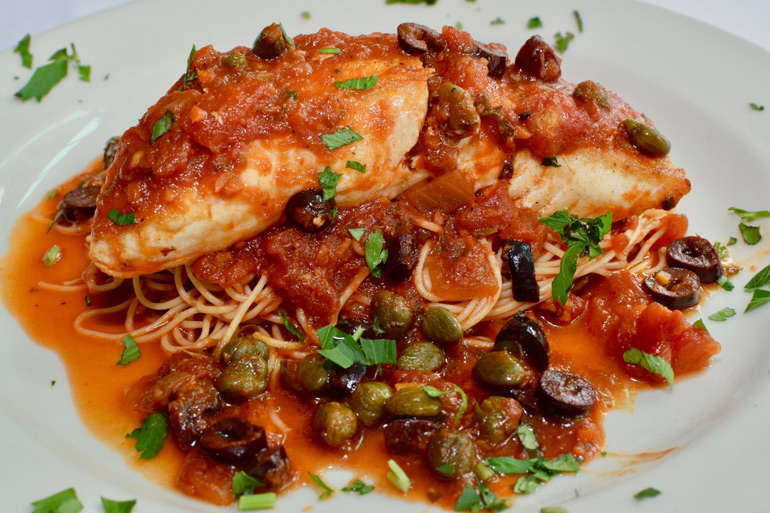 Found on both sides of the North Atlantic Ocean, our European foodies refer to it as branzino or loup de mer. We North American foodies know it as linesider, rockfish or the most commonly used name, striped sea bass. This delightful entrée is served with capellini, tomatoes, capers, and kalamata olives.

If you are a health-conscious food lover, you are more than likely aware of the benefits of eating salmon. Salmon is a nutrient-rich fish and is considered a superfood or brain food. The most significant decision with this entrée is whether to order it grilled or blackened, and either option comes with roasted potatoes and broccolini. 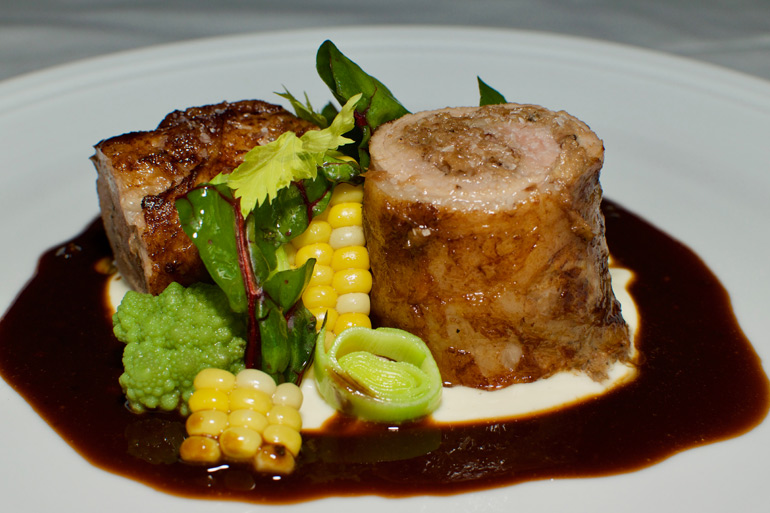 Roulade originates from the French word “rouler” meaning “to roll.” It appears to have been invented in the 19th century, along with, believe it or not, doughnuts. The roulade was once considered so special it was only served on Sundays. This savory entrée is served with romanesco, sweet corn, buttered leeks, swiss chard, cauliflower puree, and green peppercorn jus.

Available at: M at Miranova
Price: $41