Imagine this: You are trapped with a group of people and you only have 60 minutes to work together to locate clues, solve the puzzle and escape alive. This is the premise upon which escape rooms are based, where participants’ observation, critical thinking and teamwork skills will be put to the ultimate test.

Amaze, the Columbus Escape Experience, opened its doors in March 2017 in the up-and-coming Italian Village area of Columbus. It features three, unique Columbus-inspired games to choose from, including Gallery Swipe, Boat Break and Fashion Week Nightmare. Owners Chandra and Doug Endel participated in a similar experience while traveling on a corporate team-building retreat and immediately fell in love with the concept. “We were intrigued by the concept of an escape room and saw an opportunity here in Columbus,” says Doug. “Amaze brings friends, family and colleagues together in a real-life entertainment puzzle.” For at least 60 minutes, there are no phones and everyone is participating in a modern version of a family game night. 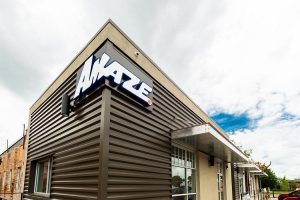 The Columbus community loves to embrace all things local. That is how this husband and wife team settled on unique games that focused on themes related to popular attractions and landmarks in the area, rather than the more traditional escape room themes seen in other markets. Another unusual addition to this already AMAZE-ing destination is the feature of a 2.5-hour outdoor game. There is nothing else like it in Columbus. Rather than sticking to their skillfully designed brick and mortar, they put together an adventure that takes groups around the city trying to stop a member of a secret society from brainwashing the citizens of Columbus, like in Amazing Race. “We combine the thrill of a scavenger hunt, the puzzles of Amaze, and the city we love together in an exciting adventure where you get to save the day experiencing Italian Village and the Short North at the same time,” says Chandra. “We thought this would be another great way to gain exposure for Amaze,” adds Doug. “The group stops at local businesses where they are handed clues by the employees.” They have gained much support from businesses in the area, some of which have started to promote Amaze to their patrons.

Chandra and Doug wanted to take this teamwork exercise to another level. Much of their business is focused on corporate team building, so both small and large corporate groups can spend a couple of hours or a day at Amaze. They have a board room and plenty of additional space to break up into teams for corporate icebreakers, team building exercises and for full immersion in the Amaze escape experience. They also work with local facilitators and provide meals. “It’s a one-stop-shop for corporations looking to have an off-site meeting and bring their employees together for a little regrouping,” Chandra says.

Amaze is located in the trendy Italian Village. The Endels saw how quickly the area was growing and loved the feel of the buildings. This works well since their location was decided in an effort to keep the atmosphere and essential elements of Columbus within the design. As for the future of this Amaze team, they hope to continue building on unique Columbus themes for their games and to potentially open locations in other cities, staying true to each one’s uniqueness. But until then, they hope local Buckeyes will continue to come to them for an experience that will Amaze. 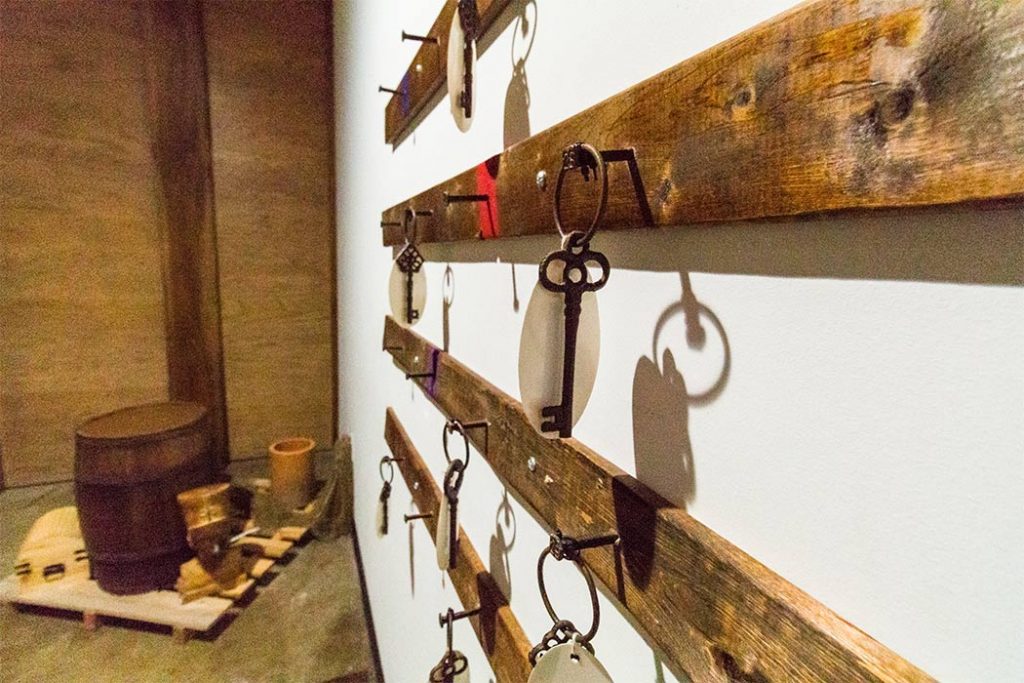